Menu
Get In Touch

Strive For Legendary
By: Damu Winston

There is great, and then there is Legendary. I went to an HBCU, so I know the difference.

As fate would have it, I went to a great high school. I had the opportunity to excel and be exposed to experiences that peers from my neighborhood would never. 99% of my classmates were non-African American, and yet where I grew up, 99% of my neighborhood were non-white.

I almost did not go to a university, not because I did not have options, but, because of the circle of friends, outside of classmates, who saw my part-time work, working as a debt collector at a credit card company, as a major achievement; which it was.

It afforded me privileges my classmates had. i.e., college campus visits, attendance to paid conferences, etc… But the main difference between my fellow classmates and I, excluding the obvious generational wealth gap, were the multiple aspirational examples of what was possible for people who looked like me; at the time ‘head of collections’ was as aspirational as it got.

Those campus visits and conferences exposed me to what would later be known as one of my first legendary decisions.

Regardless, if you attended an HBCU or you were just visiting:

Greatness was going to the cafeteria on Fridays, where you willingly participated in the weekly unofficial fashion show, and sweat it all out at the campus Gym Jam with what MJ called PYTs and with what the Cosby’s showed us what future Mrs. Clair Huxtables looked like. It was A Different World, then where ya came from.

Greatness was the slow, uneven exhales you could hear over the pounding of your heartbeat and the racing of your inner thoughts as the background noises fade to chants growing stronger and stronger, “yo baby yo baby yo”, and in an instance, a calming sets in, as the Greatest Homecoming On Earth – Step Show begins. To those who lived it, “the rest was legendary”.  From the Step Show to chilling on the plot, cheering for the home team at the big game, with the Halftime show put on by the greatness band across the land – the Blue and Gold Marching Machine with the Cold Steel drumline and the Golden Delights – back to the plots for the fish fry and more chants, then to the concert, and ending GHOE with the epic parties.

I’m from the generation that birthed the GHOE movement, that galvanized the campus to vote on political agendas and classmates – like “Terence J” to become the new face of BET’s 106 and Park. Before we had twitter, we had each other, so in those moments, the success of one felt like a victory for us all. Like when the Mitchell Twins lead the Women’s Volleyball team to an appearance at the MEAC Championship. Their success, like TJ’s success, and so many others, felt like we all made it.

However, that’s still no comparison to the legacies I became a member of. Becoming an Aggie for Life was the first legendary decision. The 2nd led to me becoming the Freshmen Class President. Which led to the opportunity to work alongside our SGA and through the University of North Carolina Association of Student Governments (UNC-ASG), championing statewide legislation around a tuition freeze. Then having the opportunity to travel to the Miss HBCU Pageant (“The Queen of Queens”), and being courtside at the Miss A&T coronation. Later joining the Verge modeling troupe and so much more. Again, that was only Freshman year.  The 3rd legendary decision was to take the path less traveled; earning the right to wear Greek letters across my chest. I joined a brotherhood, a fraternity, a secret society built on service and empowerment, amongst other things. We won step shows, traveled, ordered lots of beer and chicken, hosted impromptu house parties that rivaled the biggest promoters, became the biggest promoters, started foundations, built businesses, married Queens, and laid rest to a few noble Kings.

Those years of life training provided an experimental environment to make mistakes, experience heartbreaks, and learn while being surrounded by our heritage. Embraced by our history, filled with emotions and feelings that are best lived, because the culture was genuine, not an imitation. It was the time where our burdens were bricks we carried, once laid to rest, marked our rites of passage to endings and new beginnings.

It’s true, seeing is believing. Before there were Barack and Michelle, there was Ronald McNair, the Greensboro Four, Big Brother Henry Frye, Rev. Jesse Jackson, Mr. Dudley, Queen Janice Bryant Howroyd and the list goes on… Those few shoulders paved alternative aspirational examples for when great isn’t good enough. Their impact and purpose, memorialized by their names on buildings, endowments in their honor, and appearances on campus, provided tangible footprints of what WE could achieve. Their achievements represented one of the greatest gifts anyone could give us; inspiration. People like me, who look like me, educated like me, achieving what I didn’t even know I could be. That’s inspiration.

A decade and a half later, living halfway around the world, literally in Dubai, still connected with the bonds that were forged during my undergraduate days. I reflect on how those pivotal impressionable moments impacted a generation of young black and gifted men and women. I am reminded just how legendary it was and how legendary we are in our own right.

As for myself, the HBCU experience was a lesson in Black Excellence. I learned to always strive for legendary, that way you’ll at least try to make great decisions along the way. That journey started me on the path to becoming a Subject Matter Expert (SME), lecturer, and author on emerging technologies and entrepreneurship. My first book, “I Don’t Trust You, But Blockchain and Bitcoin Will Help”, is a non-technical guide to Blockchain, the future of money and the future of trust. It is my hope the success of this book will be an inspiration and preparation for us all.

As a disclaimer, it would be remiss of me if I did not share life at North Carolina A&T State University was a utopia; nearly perfect. Life at A&T is not a reflection of the reality beyond A&T. The reality is the average person of color will stand out in most corporate rooms because of the tan of their skin and then be held to a higher standard of excellence which is unspokenly required of those who are made different. At least that’s been my corporate America reality. And even more of a reason why you should always strive for legendary, it’s who we are. #AggiePride

A graduate of North Carolina A&T State University with a degree in Computer Science in 2005. Damu is a proud member of the Alpha Nu chapter of Kappa Alpha Psi fraternity incorporated. A serial entrepreneur, who has co-founded or founded several organizations including but not limited to www.Covid19Funding.us, www.FixMyBlockchain.com, The Charlotte Greek Picnic, Nxlevel Charlotte, Universal Linguistics (ULIQ.com), Twistar, and Blockchain Practitioners (a nonprofit).

Damu is a Dubai-based, American engineer with a focus on emerging technologies, digital transformation, and entrepreneurship. Following a career in consulting that has spanned the United States and several countries within the Middle East. Damu has expanded to training and authoring literature about Blockchain and its impact on businesses and society as a whole.

Having worked on a software patent, and with experience in the financial services, healthcare, technology, and nuclear energy sectors, Damu is the Founder of BlockchainPractitioners.org, a global nonprofit professional organization to empower Blockchain Practitioners through networking, sharing project experiences and resources, providing and receiving training, and job recruitment. 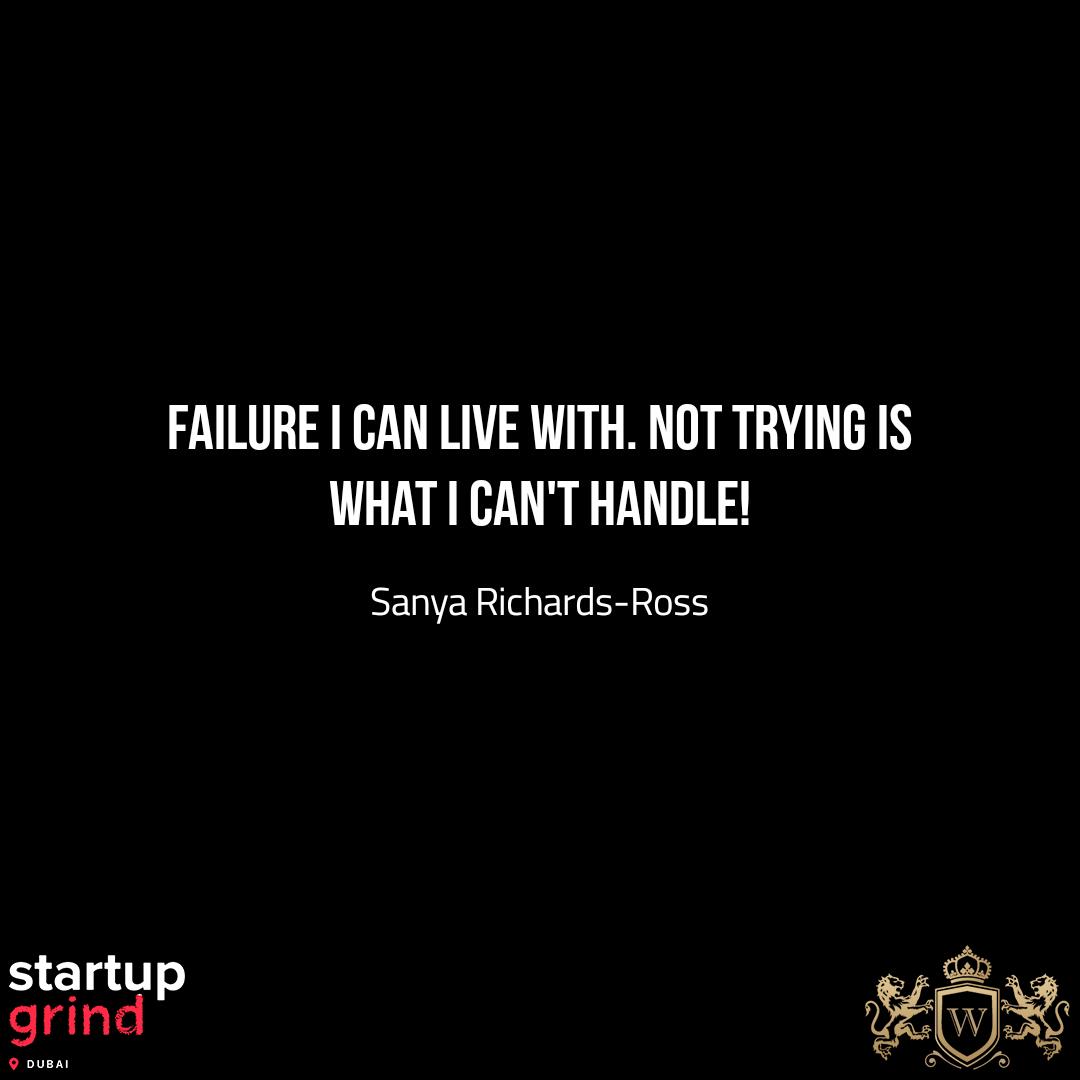 “Failure I can live with. Not trying is what I can’t handle” 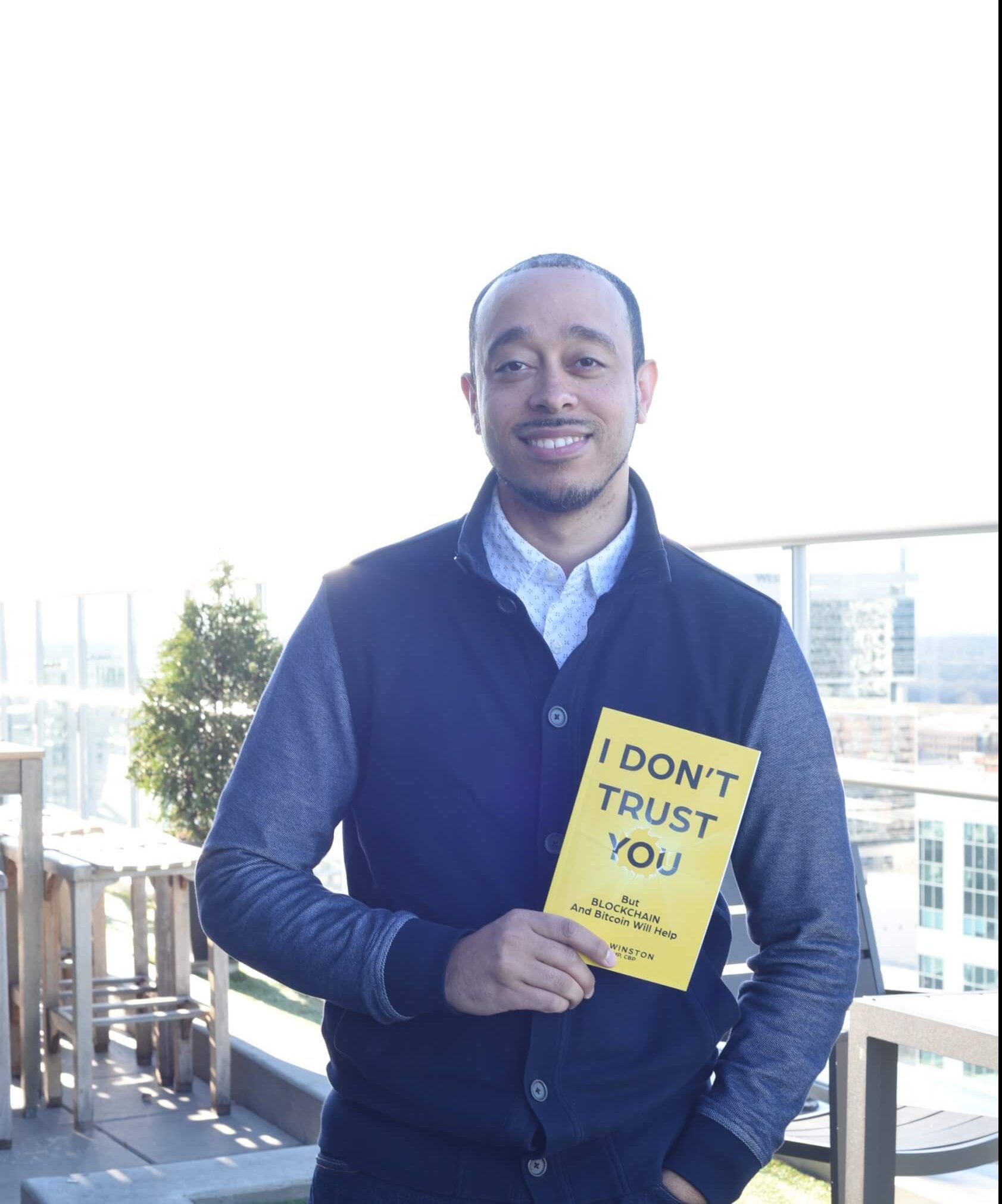 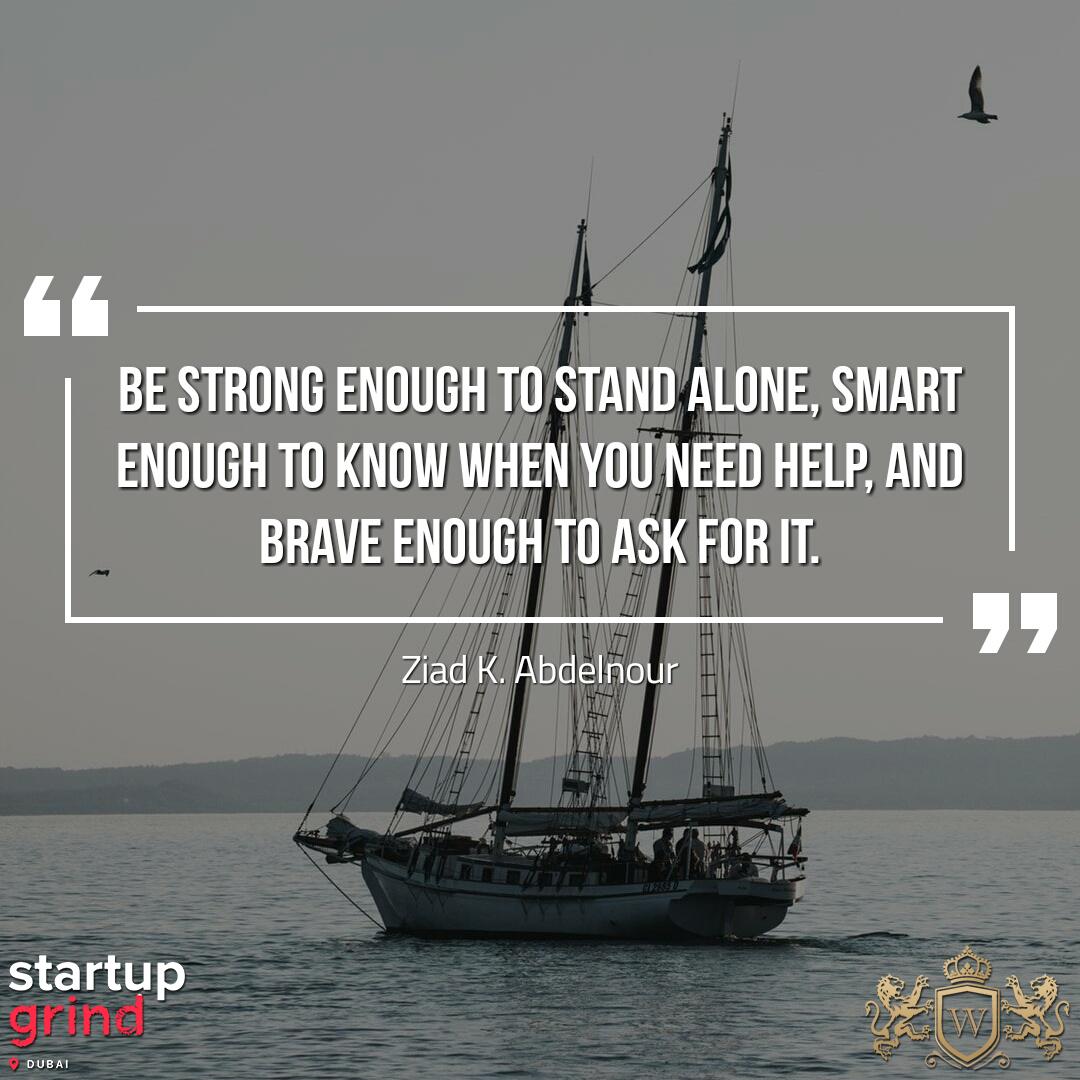 “Be strong enough to stand alone, smart enough to know when you need help, and brave enough to ask for it.”~Ziad K. Abdelnour

“In the new economy, information, education and motivation are everything.”~William J. Clinton 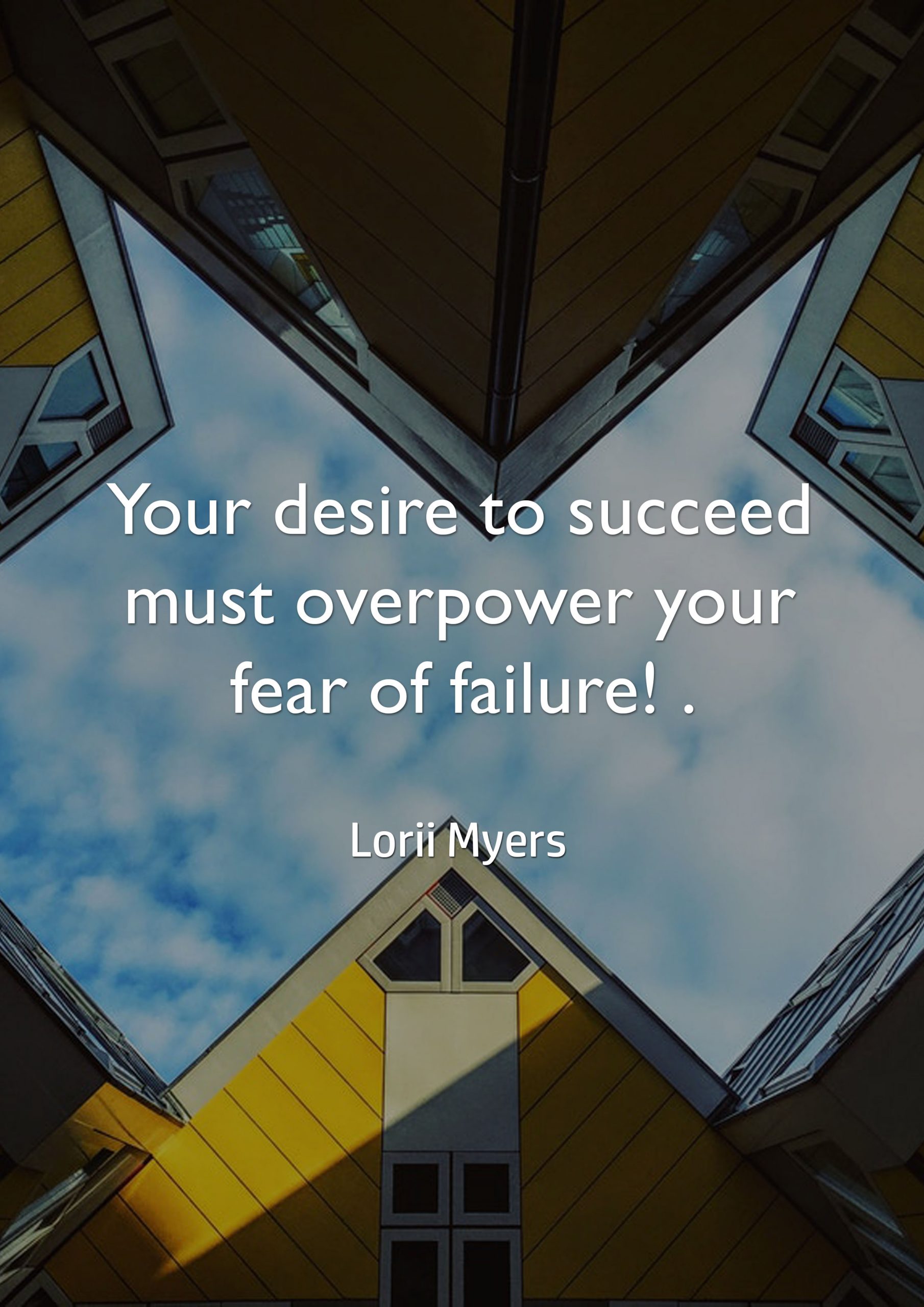 “Your desire to succeed must overpower your fear of failure” 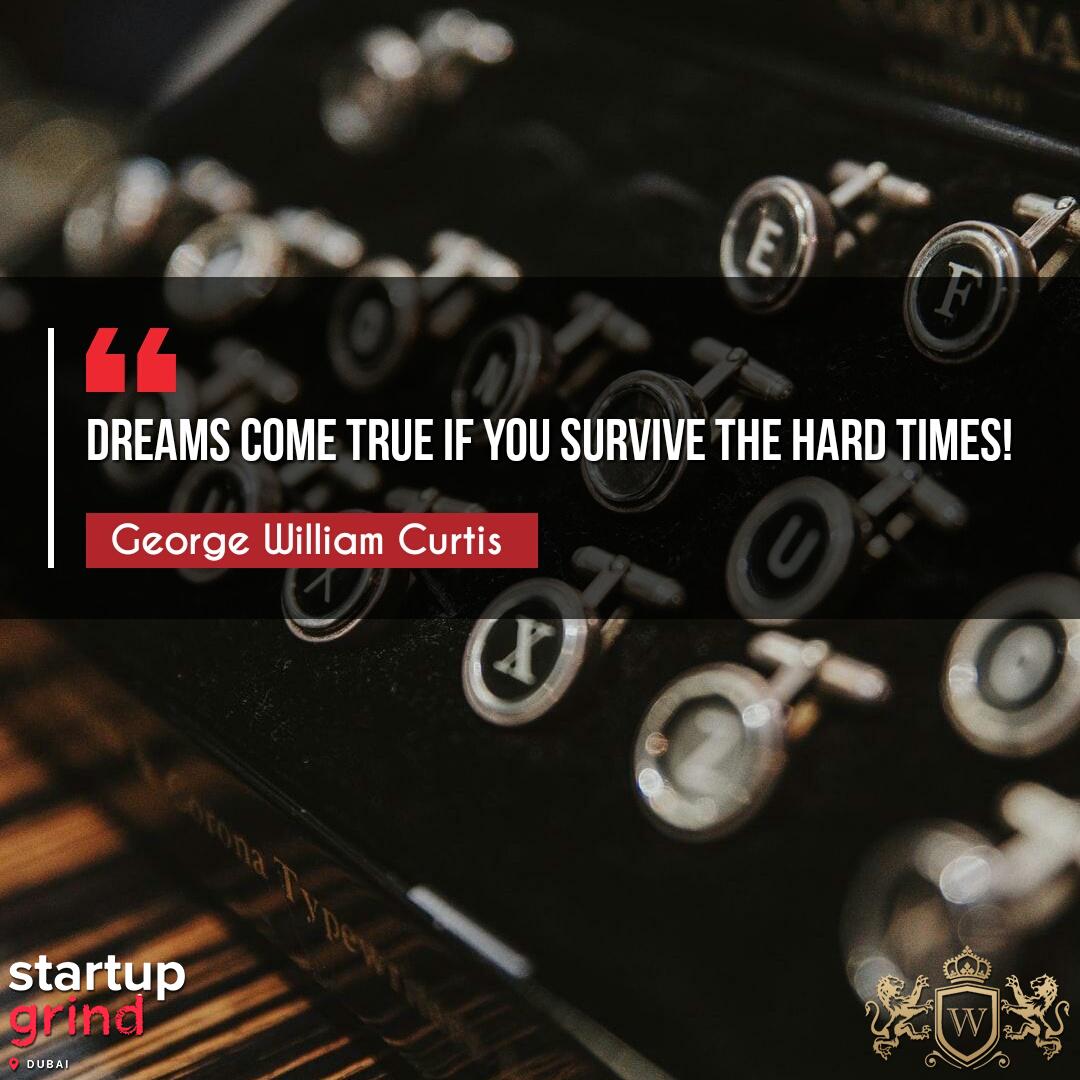 “Failure I can live with. Not trying is what I can’t handle”

“Be strong enough to stand alone, smart enough to know when you need help, and brave enough to ask for it.”~Ziad K. Abdelnour

The Winston Trust has a dedicated media department. Members of the press are welcome to contact us regarding speaking engagements, publications, products and more.
[email protected]